If there was one thing more dramatic than Danielle Staub’s shimmering metallic dress at the RHONJ Season 10 reunion it was definitely Danielle Staub herself; according the preview for this week’s part two episode the OG housewife has a fit backstage saying “I’ve asked that I be seated with Andy. It’s not a plea. It’s a demand.” And although — spoiler alert — her demand may not have exactly been met since she was seated on a chair at least a good football field away from AC (see pic below), at least she can take solace in the fact that she definitely had the perfect lewk going on to give everyone the cold shoulder. 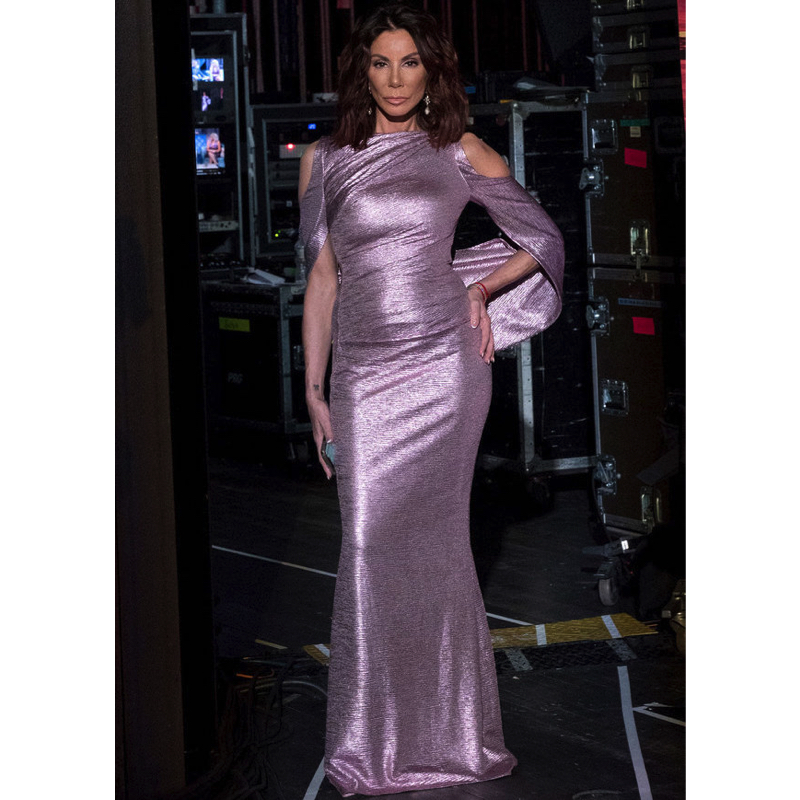 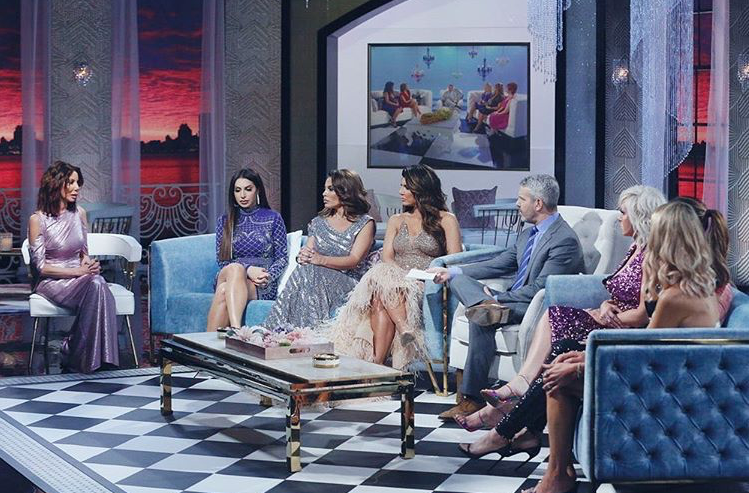