Too Much Sitting? Health Consequences Are Comparable to Smoking! 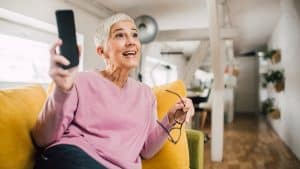 Is sitting the new smoking?

A 2014 article in the New York Times described research by Dr. Levine of Mayo Clinic identifying sitting as a “lethal” activity with many of the same health consequences as smoking. That led to headlines such as “Sitting Is the New Smoking,” and a public health push to get moving more throughout the day.

Since then some researchers have pushed back saying, yes, sitting is harmful to health, but comparing it to smoking is irresponsible. Smoking is quite simply the most harmful lifestyle habit to health, period.

I think a big difference is that people who smoke know without question they are damaging their health and choose through habit or addiction to do it anyway. Sitting, on the other hand, is fully ingrained in modern life and seems so benign.

So, let’s take a look at the research. Sitting for long periods of time (8+ hours per day) has been linked with metabolic syndrome, a term for a cluster of symptoms including increased blood pressure, high blood sugar, excess abdominal fat, and abnormal cholesterol levels.

Prolonged periods of sitting – whether it’s at a desk, in a car, or in front of a screen – seem to also increase the risk of death from cardiovascular disease and cancer. Some studies even equate that risk to the risk of dying posed by obesity and smoking.

A real eye-opener in this research was that twice-weekly aerobic exercise classes don’t offset sedentary time as much as we would all like to believe. Sitting, as it turns out, is an independent pathology.

As Dr. Levine puts it, “being sedentary for 8-9 hours a day at the office is bad for your health whether you go home and watch television afterward or hit the gym. It’s bad whether you are obese or thin.”

These include a drop in insulin effectiveness, lower ability to break down lipids and triglycerides, and reduced levels of HDL (good cholesterol).

Hamilton even studied young, fit, and thin subjects, and recorded a 40 percent reduction in insulin uptake after only 24 hours of being sedentary.

Digging further into the research shows that the body’s response to sedentary behavior is genetically programmed. As it turns out, back in cave-dwelling days, being sedentary was a signal that something was terribly wrong – an injury or illness that could spell death.

So, the body responded with short-term metabolic changes (like increased cortisol) designed to get the body up and moving and healing. The key word is short-term.

When these metabolic changes become long-term through prolonged sedentary behavior then health starts breaking down. The value of periodic movement breaks (at least 1 per hour) signal to the body, “Hey, I’m fine here, no need to panic!”

Make a pact with yourself to create movement breaks throughout each day. Get up every 30-60 minutes and move about, take the stairs, stand up when you talk on the phone or read a document.

Seek opportunities to ingrain movement into every hour of the day – and then hit the gym or go for a walk to support cardiovascular health. Don’t compound a day of sitting with more sitting at home! Keep movement on your radar and be willing to take action.

My husband thinks I’m a bit weird, but if we’re watching TV, I often get up during commercials and do knee lifts, small kicks, stretches, etc. I’ve even been known to break into a dance of some sort (picture a lot of strange looks and head shaking from the other side of the room).

It is a bit silly perhaps, but I know from experience that it makes a big difference in how I feel at the end of a program.

For my website, I have launched several Vitality Spotlights® movement minutes filmed outside in Montana, Hawaii, and Yellowstone National Park! These include exercises you can do anywhere. Please let me know what you think!

How many hours a day do you sit? Is it broken up in segments or prolonged for an hour or more at a time? What triggers could you use to remind you to move throughout the day? Please share in the comments below.

Top 5 Medicare Mistakes You Should Avoid