For some reason, bangs are always a bit controversial. Curtain bangs are no different. Some love them and some aren’t feeling them and others think people are calling long layers bangs when they’re really just a layer. Bur regardless, Ashley Benson does have new curtain bangs are they look great on her. The actress shared a video of her on set wearing a wavy bob wig and apparently, it inspired her to make a real change.

Not only did Benson get curtain bangs, but she also went shorter allover and much lighter. “The focal point of this look is the cut and color combo,” her hairstylist Joseph Maine said in a statement. “I love how the platinum color really compliments her skin and the dark root gives her a lot of depth, making her light blonde pop. The depth in her root also goes with her eyebrows and makes her eyes stand out. For the style, I wanted it to look effortless and just slightly tousled.” 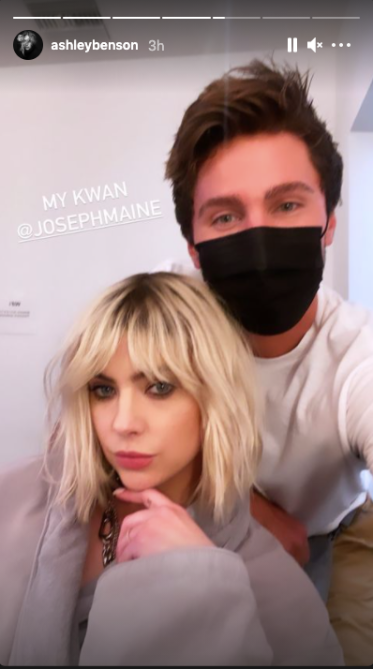 “I love working with Ashley because we get to try so many different looks,” the Trademark Beauty co-founder said. “She’s always up for new things. This is our first time really playing with her hair since Paris Fashion Week in March where we did eight different looks. It was fun to try something new today! While this is a wig that she’s currently rocking, we were so inspired by it that we ended up chopping her real hair super short too. It’s pretty drastic!” Benson’s new bangs will take a little styling work to get used to but they’re very versatile. She can wear them straight forward, blown-out in a cool ’70s way or even just tuck them into the rest of her hair when she’s not feeling then. They’ll also grow out easily right into her chic bob. We love them and hope she keeps them around for a while—until she switches it up again.

4 Questions to Guide Your End of Life Planning (#2 is So Important!)

60 and Wondering What to Do with Your Life? Start a Blog!