The Real Housewives of Beverly Hills Season 10 trailer has been released, and it’s the best thing to happen to me all week, in the most literal sense. This season looks so, so good whether we’re talking about Lisa Rinna and Erika Jayne Girardi’s pink blazer dress in the opening scenes of the trailer or the drama.

In the opening scene of the trailer it looks like a psychic (or someone of the sort) is reading the room, and seems to have a very accurate take on everyone . When it came to Rinna he said, “Even if you want to hold it back (sic), you can’t.” The world knows that a truer statement has never been spoken, however in this case, he could also have been referring to not wanting to leave a great dress in the closet just because someone else will be wearing it. 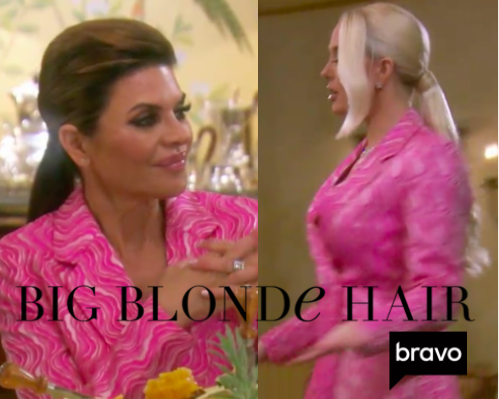 Clothing for Women Over 60 – Embrace Your Bohemian Side (Video)