Dear Boomers: Is Your Generosity Making You Poor? 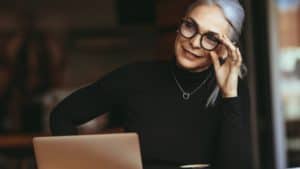 If you are a Millennial reading this title (unlikely, I know!), you’re probably thinking “What the heck is this old woman talking about? Boomers are selfish and rich. They destroyed the environment and took all of the good jobs. Boomers are a lot of things… but, ‘generous’ is not one of them.”

But, the truth is that, despite what our kids and grandkids like to think, most Boomers care deeply for their families and the world around them.

We aren’t proud of all of the things that have been done “on our watch,” but, we care about leaving the world a better place than we entered it. And we sure as heck care about the people closest to us.

And, for the record, most of us are not anywhere close to “rich.”

Don’t believe me? Consider the following…

Boomers Are WAY More Generous Than You Think

Unlike our parents, most of whom would have scoffed at the idea of having their kids “return to the nest,” Boomers have accepted the fact that their children need their help. We’re not looking for meddles, by the way; looking after your family is just what you do. Abandoning our kids is just not an option for most of us… even if doing so could be justified as “tough love.”

It’s not just free room and board that many boomers are providing; it’s also educational support. According to a report by the Guardian Life Insurance Company, Boomers are the fastest growing generation when it comes to new student loan debt.

What’s driving this trend? Well, it isn’t our own desire to go back to school (although some of us are!) Instead, grandparents are taking on debt to help their kids and grandkids to go to college or university. The result? In the same survey, more than 50% of 54 to 60-year-olds said that college debt is holding them back from achieving financial freedom.

There’s much more that I could say here – like the statistic that 2.7-million grandparents are raising grandkids in the U.S. or fact that 41% of all charitable giving is made by Boomers. But, I don’t think that’s necessary.

The point here is that, despite the stereotypes, Boomers are generous and engaged. We want the world to be a better place… and we are putting our money where our mouth is.

When Does Generosity Become Self-Destructive?

By now, you may be asking, “So what? Helping people is the right thing to do. What’s the big deal?” To answer this, I’d like to tell you about a conversation that I had with a friend of mine, Susan (not her real name) as her situation is representative of what a lot of us are going through.

Susan, like me, is in her early 70s. She got married early and, like many women of our generation, stayed home until her kids were old enough to go to school. After that, she was hired by a technology company in an entry-level administrative position. She worked hard and, while she was successful, she never broke into the executive ranks that would have given her true financial security.

The last time I met with Susan, she was in tears. She had just got off the phone with her daughter who was struggling financially. Her daughter, a barista by day and writer by night, had called her to ask for with her car, which needed repairs. Susan was already sending her daughter several hundred dollars a month to help her make ends meet and she just didn’t have the extra cash on hand.

I asked Susan what would happen if her daughter’s car wasn’t fixed and she said that her daughter wouldn’t be able to get to work. I asked whether her daughter could just take the bus and Susan looked at me like I was crazy. “Emily is a single mom with two kids. How can I add to that pressure if I can help?”

Susan’s generosity isn’t limited to helping her daughter. A few years ago, her other child wanted to go back to school to get a better job. She co-signed on the loan, which left her on the hook for $5,000 when her son dropped out of college after just one year. He insists that he will pay her back, “When things get better,” but, in the meantime, she’s covering the monthly payments.

All-in-all, from the $3,000 a month that Susan gets from Social Security and a small pension, $400 or so goes to helping her kids, neither of which are disabled, depressed or in any imminent physical danger.  That’s almost 15% of her income going straight to other people each month.

Put Your Oxygen Mask on Before Helping Others

To be 100% clear, I’m not saying that Susan (or anyone else for that matter) is wrong for helping their kids or grandkids. This is a deeply personal decision that each of us needs to make ourselves.

I’m simply saying that I know many older adults who genuinely cannot afford to help the people in their lives as much as they are. In order to save their kids from having to ride the bus, so to speak, they put themselves at right of facing extreme poverty when they reach their 70s or 80s.

Helping others when you can’t afford it feels good in the short-term, but, it often has disastrous consequences in the future – for you and them.

What happens when you face an unexpected medical emergency and can no longer afford to help your family? Will they be surprised to hear that you aren’t made of money? What will they do when you come to them for help paying for a room at an assisted living facility? Will they be able to support you the way you supported them? I hope so!

Do you feel like parents are sometimes too generous with their adult children and grandkids – especially when they can’t afford it? Have you ever had to have a difficult conversation with a family member who asked for money? Let’s have a conversation!

The Most Exciting Drugstore Shampoo Launches of 2021

3 Ways to Get Excited About Starting Over After 60